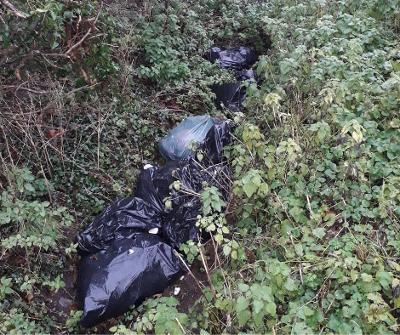 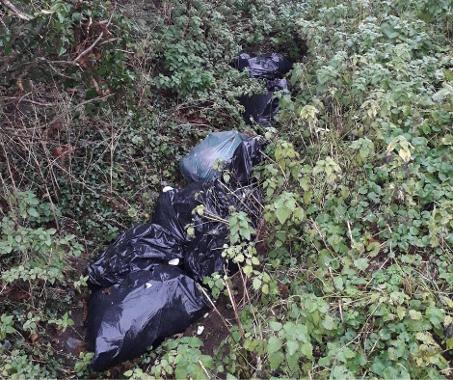 Powys County Council clamps down on fly-tippers blighting the county with their irresponsible and antisocial behaviour.

In recent months our Waste Enforcement Officers have responded to reports of fly-tipping and have successfully investigated the offences and issued Fixed Term Penalty (FPN) notices to the guilty perpetrators;

In all incident the rubbish dumped by the offenders comprised of a mixture of items which could have easily been recycled through their kerbside collection service (plastic bottles, cans, paper and cardboard, etc) and other items, including textiles, wood and food waste, which can be recycled at the Household Waste Recycling Centres.

"There is absolutely no excuse for fly-tipping at any time. But at a time when everyone is doing their upmost to stay safe and stop the spread of the coronavirus, anti-social acts of this kind are unacceptable." exclaims Cllr Heulwen Hulme, Cabinet Member for Waste and Recycling.

"Not only are a small minority of people causing harm to our beautiful environment, they are also breaking the law by disposing of their waste illegally. Individuals found guilty of such offences can expect to receive the appropriate penalties and the full force of the law.

"Powys County Council already have a zero-tolerance approach to fly-tipping, but in these unprecedented times, with key workers already going above and beyond to maintain vital services and support our communities, we should not have to allocate additions resources to clear up after the irresponsible few.

"We are hopeful that these irresponsible residents will be making New Year resolutions to be better citizens and recycle their waste correctly in the future."

Members of the public are urged to report any incidences of fly-tipping using our online tool: https://en.powys.gov.uk/article/4073/Report-fly-tipping This, along with the CCTV we have in place across the county and statements from witnesses, will ensure we catch and reprimand offenders