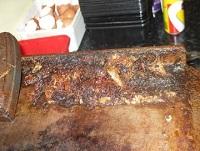 Magistrates heard that the council's environmental health officers carried out a routine inspection in March 2017 and found:

Mrs Felstead had been prosecuted before for similar food hygiene offences by the council's Environmental Health Team, so the court issued a Hygiene Prohibition Order, preventing her from running any food business.

"Food business operators are in a position of trust, their customers expect them to comply with food hygiene legislation and take appropriate measures to ensure the food they are served is safe.

"In this instance, the food business operator repeatedly failed to comply with hygiene standards, which has resulted in the court issuing a prohibition order that will ensure that the operator can no longer run any food business.

"Members of the public are reminded of the importance of checking the Food Hygiene Ratings of food businesses before they eat out."