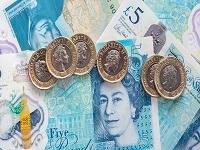 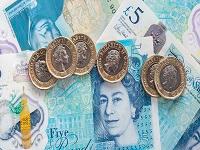 Increased spend by Powys County Council helped boost the local economy by £51m during that the last financial year - nearly £10m more than the previous year.

New figures released by the council showed that total spending by the council increased from £153m in 2016-17 to £188m in 2017-18 thanks largely to major school construction projects with the proportion spent with Powys-based companies increasing to £51m.

Earlier this year the council launched a new initiative called the 'Powys Pound' which set out increase the proportion of the council's spend with county-based companies increase from its current 27p in every pound.

Cabinet Member for Regeneration, Councillor Martin Weale said; "As the county's biggest employer and major investor through its construction projects, we know we play a vital role in the economic well-being of Powys.

"That is why we launched the Powys Pound in March as a key part of the new cabinet's Vision 2025 to boost local jobs and companies. We know that for every additional percent we spend in Powys an extra £1.4 will be spent with local companies.

"Our overall spend increased in 2017-18 because of our huge investment in education and the many new school projects, so the value to the Powys economy is already increasing. The challenge ahead is to improve the proportion of spend with Powys-based companies and the signs are already very positive.

"During the first six months of the financial year we are projected to increase the proportion of our local spend from 27p in every pound to 30p in every pound, that's an extra £4.2m to local companies without any additional pressure on council taxpayers.

"Like all authorities we have to work within procurement regulations but it is not just about getting the lowest price, it is about the getting the best value and doing what you can to boost the local economy," he added.