Charity boost from Chairman of Council 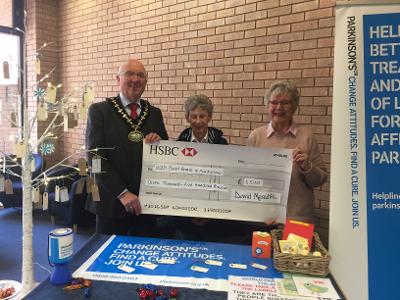 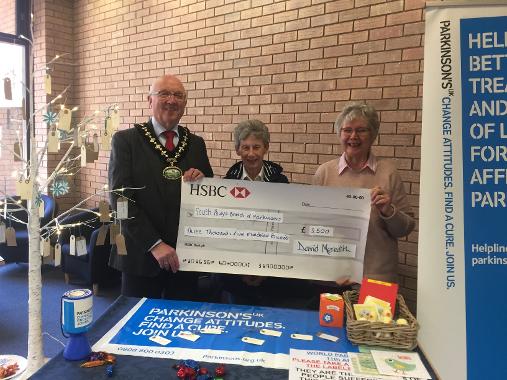 A cheque for £3,500 has been handed to a Powys charity branch by the Chairman of Powys County Council.

Cllr David Meredith has presented the cheque to the South Powys Branch of Parkinson's UK.

The donation, which was raised from charitable events that Cllr Meredith held during his year of office, was presented to South Powys Branch representatives Beth Williams and Val Morgans.

The cheque was presented to Beth and Val, who were in the foyer in County Hall on World Parkinson's Day on Thursday, April 11.