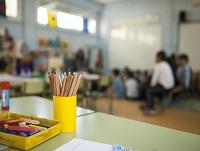 Exciting plans to create a new primary school in south Powys could be delayed by 12 months if a recommendation is accepted by Cabinet, the county council has said.

The target date for establishing the new primary school, which would operate on the three existing school sites, was September 2023.

As the legal process is still ongoing, Cabinet will be asked to delay implementation of the proposal by 12 months to September 2024.

Cllr Pete Roberts, Cabinet Member for a Learning Powys, said: "Until this legal process has been concluded, it will not be possible for the council to proceed with some of the essential aspects which need to be carried out to implement the proposal.

"This means that there will not be enough time to complete all of the activities needed to enable the new school to open next September.

"Due to this ongoing legal process, I am recommending to Cabinet that this proposal is delayed by 12 months to September 2024.  This would enable the necessary arrangements to be made to implement the decision once the legal processes have been concluded.

"If Cabinet approve this recommendation, Mount Street Infants School, Mount Street Junior School and Cradoc C.P. School would continue to operate as separate schools for a further 12 months, and the new school would open on the three existing sites in September 2024.

"I appreciate that this will cause further uncertainly for the three school communities but I hope that they understand that the need to delay the implementation of the proposal is beyond the council's control."

Cabinet will consider the recommendation on Tuesday, December 13.