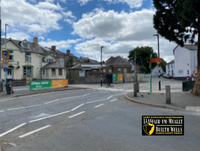 A survey about the safety measures that were in place around Builth Wells during this year's Royal Welsh Show has been launched.

Now residents of Builth Wells and visitors to the Royal Welsh Show last month are being urged to take part in the survey and give their views on the safety measures that were in place.

The safety measures were implemented by the Builth Wells Event Safety Group, which is carrying out the survey. The group was formed in 2017 and led by Powys County Council.

The measures that were in place this year included:

"We are keen to seek the views of residents of Builth Wells and visitors to last month's Royal Welsh Show on these safety measures.

"The feedback from residents and visitors will be vital as the group reviews the measures and see if anything can be done differently for future shows."

To take part in the survey visit https://www.haveyoursaypowys.wales/royal-welsh-show-week-safety-measures, which will close on Wednesday 31 August, 2022.