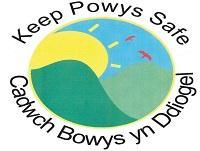 Domestic homicide review
Domestic Homicide Reviews (DHRs) are required by law and are the responsibility of the Community Safety Partnership (CSP).  The purpose of a DHR is to consider the circumstances that led to the domestic violence homicide. This will enable public bodies, community and voluntary sector organisations identify where responses to the situation could have been improved.
Read more here

Section 17 of the Crime and Disorder Act 1998 imposes a duty on the responsible authorities to:

'Without prejudice to any other obligation imposed upon it... exercise its functions with due regard to...the need to do all it reasonably can to prevent crime and disorder in its area.'

A diverse range of local authority functions and statutory services are subject to Section 17 e.g: